In 2020, the Covid-19 pandemic was a permanent fixture in all areas of society for the first time and was therefore an acid test for motorsport as well as for many other sports.

In 2020, the Covid-19 pandemic was a permanent fixture in all areas of society for the first time and was therefore an acid test for motorsport as well as for many other sports. The Hamburg-based manufacturer MEYLE is therefore all the more delighted to be able to look back on a successful 2021 racing season with its sponsorship activities. Together with the Dresden-based Team T3 Motorsport, the Lamborghini Huracán GT3 Evo was the first MEYLE-designed vehicle to compete in the ADAC GT Masters series. The Lamborghini even made guest appearances in the DTM. The Hamburg-based manufacturer’s involvement in the FIA European Truck Racing Championship and in the German Rally Championship likewise proved to be a success.

MEYLE has a long-standing tradition of engaging in motorsport sponsorship, combining parts development with its passion for the sport. André Huschke, Head of Product Management, Engineering and Data Management at MEYLE, firmly believes in the company’s sponsorship involvement: ‘The MEYLE engineers draw on the knowledge gained in motorsport to test and optimise parts such as MEYLE-ORIGINAL wheel bearings or steering components under extreme conditions.’ This year for the first time, MEYLE served the Dresden-based T3 Motorsport team not only as a technical cooperation partner, but also as the main sponsor of one of its T3 racing cars – the Lamborghini Huracán GT3 Evo with start number 71. The MEYLE-branded vehicle was presented on the racetrack sporting a new and spectacular design and, as a special highlight, was even a guest entrant in the DTM on two occasions. As well as the regular T3 driver Max Paul, Lamborghini factory-backed driver Mirko Bortolotti got behind the wheel and clinched a place on the winners’ rostrum (second) right away.

Good news can also be reported from the FIA European Truck Racing Championship. The series was back on again this year, after many of the races had to be cancelled in 2020. It was especially gratifying to see Sascha Lenz, driver with the SL TruckSport 30 racing team, achieve the best result of his career and finish the season as vice-champion in the FIA ETRC overall standings. MEYLE has been supporting Lenz and his team since 2019 as a technical partner and parts supplier. This year, a total of five out of 15 trucks competed with MEYLE brake discs and achieved top performances under extreme conditions.

MEYLE was newly involved in the German Rally Championship this year with Christian Riedemann, who wrapped up the season in a successful fourth place after a thrilling final race. Not only did MEYLE support Riedemann himself with engineering expertise and high-quality MEYLE parts – it also supported the junior team that Riedemann manages and which took part in the ADAC Opel-e Rally Cup, the world’s first electric rally championship. The vehicle was driven by Christian Lemke, who performed well in spite of a few teething problems, as can be expected when competing in a new series. The team behind driver Christian Lemke can likewise present an overall good track record, finishing the season in seventh place.

André Huschke’s summary: ‘We are proud to be able to look back on a successful racing season despite the pandemic. We wish to extend our new sponsorship commitments into the new year as we too want to continue to focus on new drive technologies and assist others with our know-how. We are already looking forward to the coming season!’ 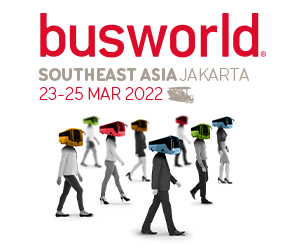