Tales from the paddock Podium appearances at Monza, Spa and Barcelona

Formula One triple-header ends with a Top Three result; further triumphs in GT races around the world

Tales from the paddock Podium appearances at Monza, Spa and Barcelona

Yet another podium, this time in Monza: The final instalment of the Formula One triple-header took place in the Royal Park of Monza last weekend. The 16th race of the season turned out to be a challenging one for the Mercedes-AMG PETRONAS F1 Team, in which George Russell and Lewis Hamilton finished third and fifth respectively. It was George’s seventh podium of the season and the team’s 13th of the campaign. Lewis fought his way forward from the back of the grid after an engine penalty, gaining 14 positions over the course of the race to finish fifth. With six races left on the calendar, the team occupies third place in the Constructors’ Championship, 35 points behind Ferrari. There will now be a three-week break before the next round is contested at the Marina Bay Street Circuit in Singapore (2 October). The Singapore GP returns to the race calendar for the first time since 2019.

Podium success and multiple Top Ten finishes on DTM weekend at Circuit de Spa-Francorchamps: At the eleventh round of the 2022 DTM on Saturday, defending champion Maximilian Götz (GER) gave further evidence of his excellent run of form during the second half of the season. In a rain-affected qualifying session, the 36-year-old Mercedes-AMG Team WINWARD Racing driver booked a solid P4 on the grid and subsequently went on to exploit a well-timed pit stop in the afternoon race. Götz saw the chequered flag in second place and scored extra points for the fastest race lap.

Team WINWARD’s Lucas Auer (AUT) was the best of the Mercedes-AMG contingent on Sunday, which also happened to be his birthday. After the disappointment of a DNF on Saturday due to a puncture, the Austrian came back fighting. Starting from eighth place, Auer made good several places in the early stages of Sunday’s race and found himself in fourth after just a few laps of the 7km track. He held on to this position for the rest of the race, despite a hectic restart towards the end, and the result was enough to move him up into second place in the overall standings. There were two more Mercedes-AMG GT3s finishing in the points – Luca Stolz (GER) of Mercedes-AMG Team HRT in P5 and Mikaël Grenier (CAN) of Mercedes-AMG Team GruppeM Racing in P6.

The seventh and penultimate DTM weekend of the 2022 championship (23 – 25 September) will be hosted by the Red Bull Ring near Spielberg in Austria. The eagerly awaited season finale will take place at the Hockenheimring in Germany on the weekend of 7 – 9 October.

The DTM Trophy also formed part of the supporting programme in Belgium. In the two 30-minute races, the #18 and #19 Mercedes-AMG GT4s of BWT Mücke Motorsport produced three Top Ten finishes.

Three Top Ten results and a class podium in the 12h Nürburgring round of the Nürburgring Endurance Series: It was a first for the famous racetrack in the Eifel Forest last weekend as the Nürburgring Endurance Series staged a 12-hour race there. The event was actually split into two six-hour sessions on Saturday and on Sunday. The 12h Nürburgring posed a considerable challenge, especially from a tactical perspective. There were two Mercedes-AMG Customer teams fielding Mercedes-AMG GT3s, namely Landgraf Motorsport (#55) and Schnitzelalm Racing (#2 and #11). The race was complicated by changeable conditions on Saturday, which necessitated a gamble on tyre choice, and by a restart on Sunday. All three cars finished in the Top Ten (P5: #11; P7: #55; P10: #2). Waldow Performance were also delighted to see their number 177 Mercedes-AMG GT4 finish the ‘Green Hell’ marathon third in the SP10 classification. The series returns to the Nordschleife on 8th October, this time over the usual race duration of four hours.

Customer Racing teams celebrate class successes in the International GT Open: In Saturday’s 70-minute race at the Red Bull Ring, Theeba Motorsport left their Pro-Am rivals trailing. Adam Christodoulou (GBR) and Reema Juffali (SAU) took the number 18 Mercedes-AMG GT3 from 14th on the grid to third overall after a remarkable fightback. In the overall standings, the driver duo also made up ground on the current leaders: with two race weekends to go, the gap is now down to just ten points.

In the second race over 60 minutes, Team GetSpeed showed themselves to be on top form. Kiki Sak Nana (THA) and Adam Osieka (GER) sharing the cockpit of the number 786 car won the Am class, while team-mates Sébastien Baud (FRA) and Steve Jans (NED) in the #911 Mercedes-AMG GT3 also impressed with a P2 in the general classification.

The 2022 championship continues at Monza (Italy) on the weekend of 25/26 September. The final race of the year takes place on 16/17 October at the Circuit de Barcelona-Catalunya.

Two class wins in the 24H SERIES: The third 24-hour race of this particular endurance series was held at Portimao in north-eastern Spain. CP Racing, which had previously won the 24 Hours of Portimao, took third overall with the US quartet of Charles Espenlaub, Joe Foster, Shane Lewis and Charles Putman driving the #85 Mercedes-AMG GT3, a result that also gave them victory in the GT3-AM category. In the GT4 homologated class, the winning car was also built in Affalterbach: the number 403 Mercedes-AMG GT4 of Atlas BX Motorsports driven by Roelof Bruins (NED), Steven Cho (CAN), Jong Kyum Kim, Taekeun Yang and HA Tae Young (all KOR) beat the opposition after 627 laps of racing.

Customer Racing teams record successes in international series: In Brno, Czech Republic, Libor Milota (CZE) in the number 2 Mercedes-AMG GT3 of GT2 Motorsport produced a hat-trick of class wins in the ESET Cup. Milota ascended the top rung of the podium after two 25-minute races and a one-hour race last weekend. The Czech pro also leads the drivers’ standings by a comfortable margin.

At the Circuit de Barcelona-Catalunya, there was another overall victory to celebrate thanks to Man Manuel Gião (POR) and Elias Niskanen (FIN) in the number 802 LEMA Racing Mercedes-AMG GT4 who ran out comfortable winners in the 2-hour Supercars GT4 South race.

Brands Hatch Circuit was meanwhile hosting round eight of the British GT Championship. In the two-hour race, Richard Neary and Sam Neary (both GBR) were runners-up in the GT3-SA class. They were joined on the podium by fellow Mercedes drivers Chris Froggatt and Andrew Howard (both GBR) of SKY – Tempesta Racing who took third position. 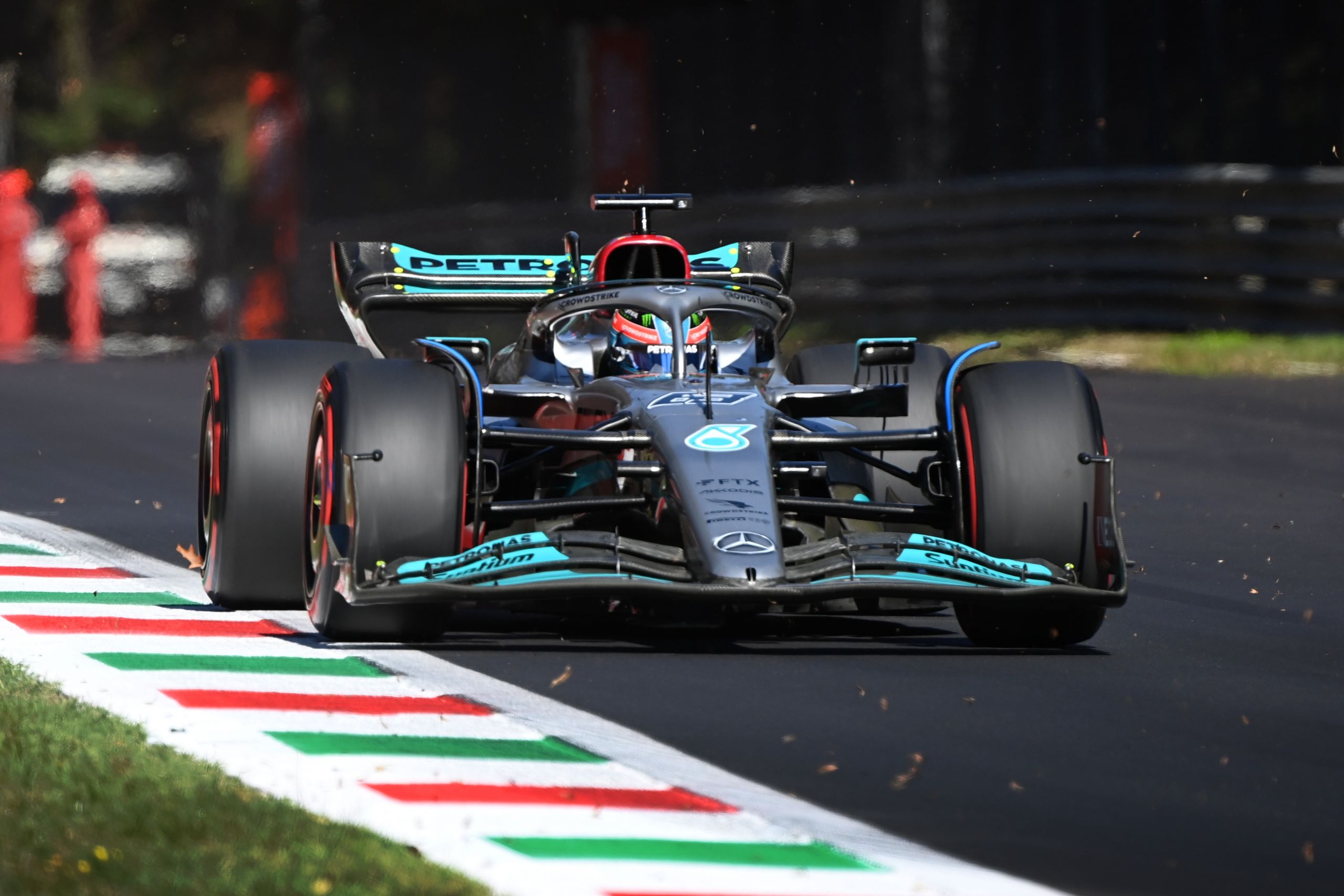 There were also good class results to report from the GT4 France: the Mercedes-AMG GT4s of AKKODIS ASP delivered five Top Three finishes over the weekend at the Circuit de Lédénon.