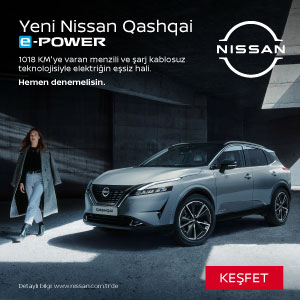 The European New Car Assessment Programme (Euro NCAP) has announced the best-rated cars of 2022 in terms of safety. Last year was the independent vehicle assessment organisation’s busiest-ever year, as it tested 66 new passenger cars. In a further demonstration of Hyundai’s EV leadership, the company’s IONIQ 6 Electrified Streamliner was awarded ‘Best in Class’ in the ‘Large Family Car’ category.

To define the Euro NCAP ‘Best in Class’, a calculation is made of the weighted sum of the scores in each of the four areas of assessment: ‘Adult Occupant Protection’, ‘Child Occupant Protection’, ‘Vulnerable Road User Protection’ and ‘Safety Assist’. This sum is used by the organisation as the basis for comparison of the vehicles. Cars qualify for ‘Best in Class’ based only on their rating with standard safety equipment. Additional ratings based on optional equipment are excluded.

IONIQ 6’s victory in the ‘Large Family Car’ category follows on from its successful Euro NCAP safety test last year. In November 2022, it was announced that the latest model of Hyundai’s all-electric IONIQ line-up brand was awarded with the maximum five-star rating.

According to Euro NCAP, IONIQ 6 achieved “exceptionally high results” in the ‘Adult Occupant Protection’ with a score of 97 per cent, claiming first place in the category. Meanwhile, the vehicle assessment organisation praised Hyundai’s Electrified Streamliner in the field of ‘Child Occupant Protection’, where it scored 87 per cent: “IONIQ 6 provided good protection for all critical body regions of both the 6- and 10-year dummies in the frontal offset and side barrier tests and scored maximum points in this part of the assessment”. The model also achieved a high score of 90 per cent in the ‘Safety Assist’ section.

IONIQ 6 is equipped with the next level of Hyundai Smart Sense Advanced Driver Assistance Systems, ensuring the highest levels of safety and convenience on the road. These include Highway Driving Assist 2 (HDA 2), which helps to maintain a set distance and speed from the vehicle ahead when driving on a highway and helps to centre the vehicle in the lane while driving, it can even overtake the vehicle in front. HDA 2 allows IONIQ 6 to reach Level 2 autonomous driving.

Meanwhile, Navigation-based Smart Cruise Control (NSCC) helps to maintain distance from the vehicle ahead and drive at a speed set by the driver by reflecting the learned driving style of the driver. It also uses the navigation system’s road information to optimise automated driving and perform speed adjustment for safe driving through corners and intersection. In addition, Hyundai’s Electrified Streamliner is fitted with seven airbags as standard, including a driver seat centre-side airbag for additional passive safety.